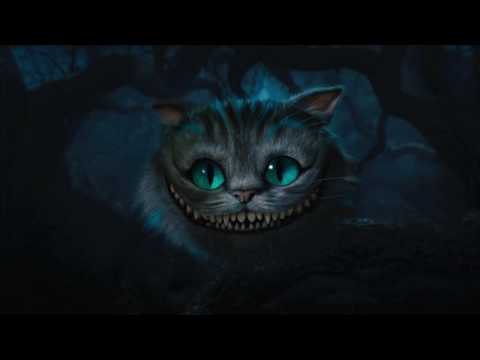 “Would you tell me, please, which way I ought to go from here?”

“That depends a good deal on where you want to get to.”

“Then it doesn’t matter which way you go.”

It was a really cold early September night when I arrived at Edinburgh airport almost 13 years ago. Probably it was not that cold, but I remember asking myself how I was meant to survive the winter if my hands were turning blue already. In Scotland I was, waiting for the bus to take me to a city I had never been to. No job. No contacts. No one. Just I, my English dictionary, a suitcase and a stomach filled up with butterflies.

A few months early my life was on standby. University had finished and I was back at home. My first contact with regional journalism jobs had left me disheartened. I was back in the small town I was so desperate to get out of in my teens. Learning English was the perfect excuse to pack my things once more time. And where best than the UK to try to improve my knowledge of it. Aye. I know. I went to Scotland. Hold on your laughter! I honestly did not know about their accent! Anyway, that was my genius plan. Only two cities were in my mind London and Edinburgh. But London was too scary for me on my own and after looking at some pictures of the Royal Mile and its wonderful castle my heart decided it for me. And it did not disappoint. The youth hostel I booked myself into had wonderful views of the castle and after climbing into my bed fully clothed (I was still shivering) I looked through the window and I fell in love with the city.

However, it was not going to be an easy relationship. I could not understand a word! Seriously. As if I had never heard English before in my life. The first month was a challenge. I was petrified to use the phone but I needed to in order to find me a house and a job. After a few weeks I was still climbing to my bed in a room shared with other 11 backpackers. Still fully clothed and still unable to understand a word. Money was running low so the amazing night life of the city was a big no for me, for now. My morale was hitting an all-time low. Then out of the blue and when I was thinking it was time to give up, a phone call. A job? Really? Yes. I am available. In Ikea? As a porter something? Great! I was in. I did not understand very well what sort of job it was… I was in for a treat. Next morning a mini bus from the temporary agency dropped me at Ikea. I understood something about being a porter and portera in Spanish is a concierge so I introduce myself dressed in my best white crispy shirt, black trousers and black heeled shoes. I understand now the laughter and the pity faces looking at me as I went into the biggest kitchen I have seen in my life. The dishwashers were bigger than me. I was handed an apron and a silly hat and was shown how to use all the machinery. Then I knew I was going to be a kitchen porter for the day. And what a day! I was useless. They told the agency I tried but better not have me back. But I was proud. I survived. Not long after some temp work I landed myself a full time job and my dreams of immersing myself into the British culture were on! And my English? Well, still room for improvement but I tell you something after living and travelling around Scotland, understanding the punters at the Queen Vic was a piece of cake!

I have told you why I came to the United Kingdom, because in all this time in Edinburgh and now in Bristol I have met hundreds like me who came just to learn the language and find a job for a while and then back home. There is so many different faces to immigration. Mine is just one of those faces. I never intended to stay for this long. A certain English man might have had something to do with the change of plans. But that is a different story altogether. I will be back next week. Hopefully there will be any sort of movement of the Brexit front.  Hasta luego amigos! Happy Easter